The real vanlife… with kids, budgets and commitment reality

By Katie GannonMarch 14, 2019No Comments 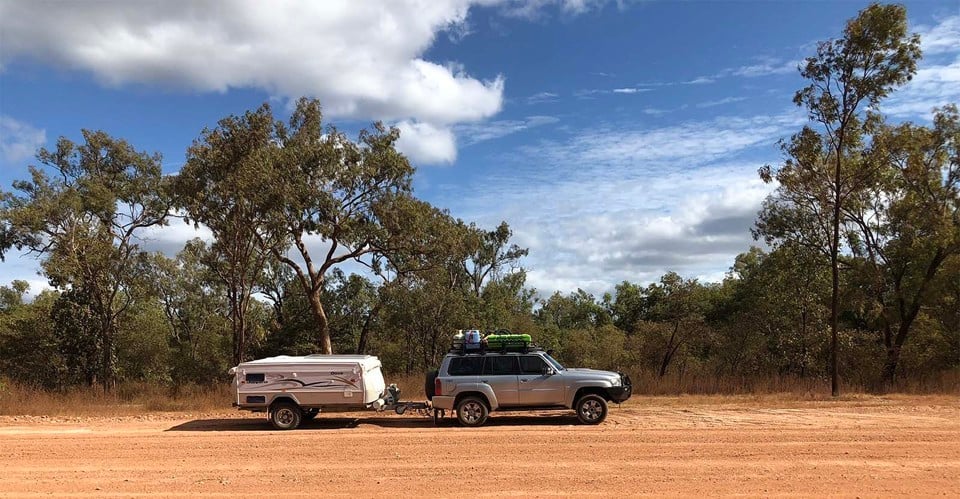 When work is unbearable, commitments become overwhelming and families seem to be at the brink of breakdown, many of us dream of running away. Hitting the road with a few essentials and the potential of spending quality time with ourselves and our loved ones sounds just like what the doctor ordered.

But what are the realities of #vanlife and how easy is it just to walk away from commitments? We talk to artist and mum of two, Karina Sharpe, who just embarked on that very journey – for four months, with family in tow – around Australia.

Leaving their home on the Sunshine Coast, the Sharpe-Waldbaum family headed north to reach the tip of Australia – Cape York – before exploring the national parks of the Northern Territory and dipping a toe into South Australia. They swapped beaches for ochre cliffs and waterholes, learning valuable life lessons from Indigenous communities and improving their bush skills along the way.

While they weren’t literally living #vanlife – relying on a 4WD and well-kitted-out camper trailer instead – they were fuelled by the same freedom and adventure all vanlifers seek. 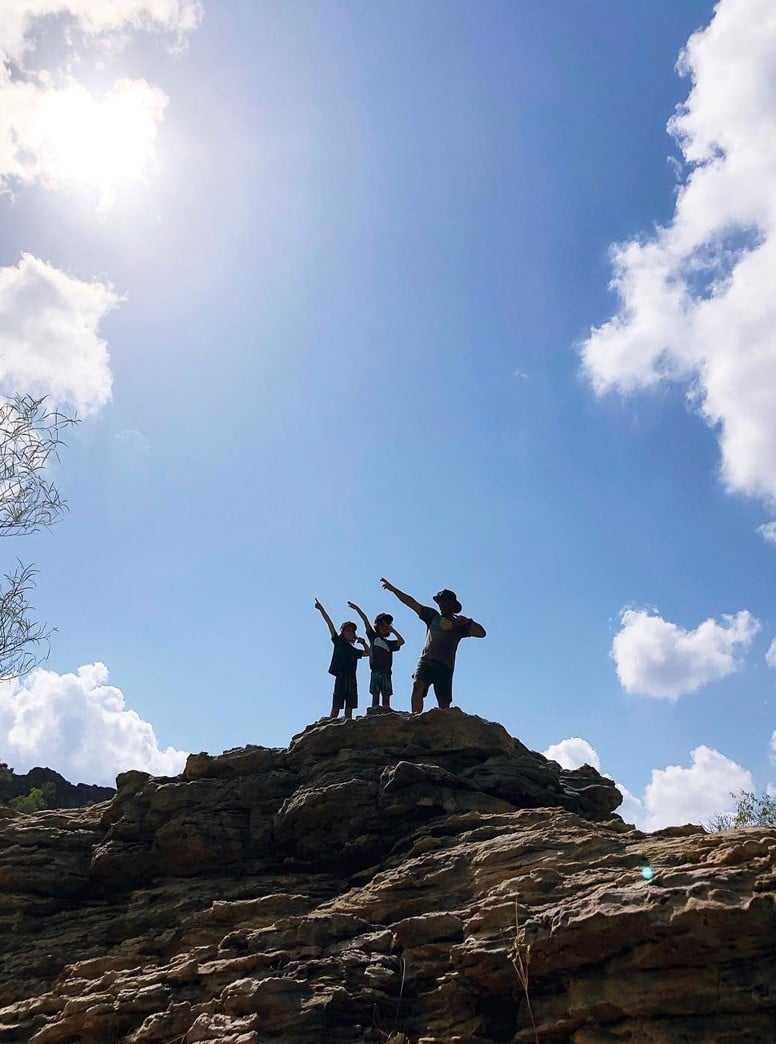 LU: This type of adventure is on the bucket list of many Aussie families. But did you find it difficult to actually set up and get away?

Karina: I suppose we had a bit of the benefit that almost exactly 10 years earlier, Neil and I had done a similar trip without kids. We’d travelled for eight months, sleeping in the back of a Nissan Patrol, so we had a pretty good idea of what it took. We really had no idea what it meant to do it with kids, but we knew more or less the setup that we probably would need to have. Then it was just a matter of trying to rethink what we would need in order to keep kids entertained and engaged in the idea.

LU: Did you find it nerve wracking or difficult to pull them out of school for that period of time? Or did you feel that it would be beneficial to their education?

Karina: Personally, I had no doubt that it would be of benefit. And I was pretty sure that the benefit would outweigh anything else. We know a lot of people that have gone for 12 months, so we were pretty certain four months would be fine. At the time the boys were nine and six, so we knew they were at a really good age. They were old enough to really enjoy it and remember it, and they weren’t yet too old that four months without their peers would be too difficult. 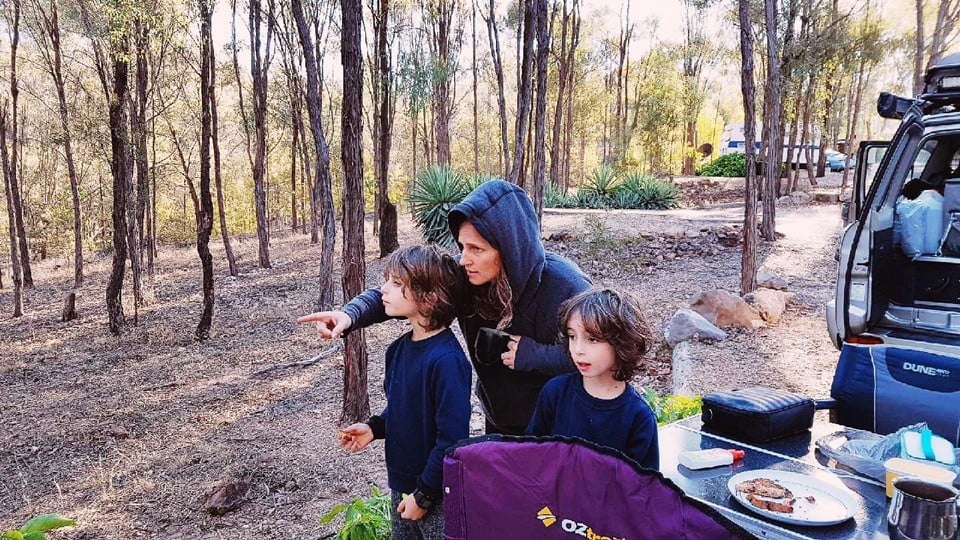 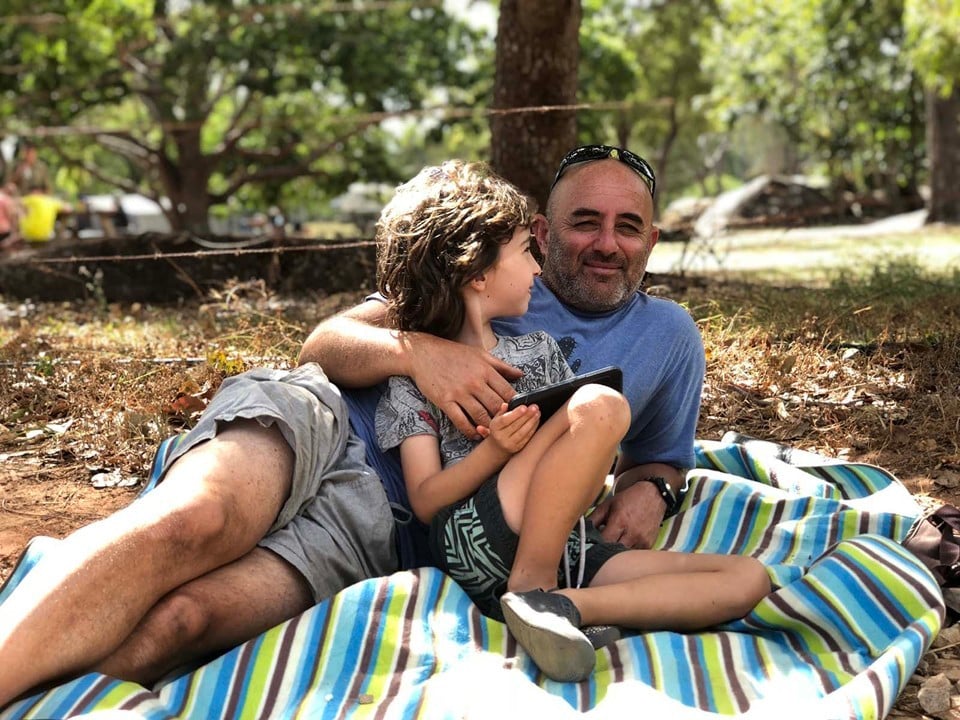 LU: A lot of people feel they will never have the opportunity to do what you guys have done due to work commitments. How did you make it work?

Karina: We both work for ourselves, so it was more a case of deciding ‘could we go for that amount of time and come back and still have feet to stand on?’. We worked really hard in the four months leading up to the trip, so that we could go and not have to try and work on the way. We saved for the trip beforehand and didn’t do a lot of income-based work at all.

LU: What else was involved in preparing for such a long trip?

Karina: I would say preparation is everything, in terms of the setup, in terms of going on practice trips, and especially in terms of food – research about where you’re going, where the supermarkets are, what you can actually get, and are they actually open on a Saturday when you’re in the outback? So there’s a lot of that sort of stuff that becomes quite important, and it’s hard to practice when you live in an urban area or a suburban area. Because you sometimes can’t quite fathom what facilities aren’t going to be easily available.

LU: In terms of leaving your normal life behind, how did all that work?

Karina: We left one car with the lovely friend who drove it once a week to make sure it kept going, and we Airbnb’d our place while we were gone. But we had a manager, which meant that we didn’t have to be in communication at all. So obviously a part of the earnings went to her, but it was worthwhile.

LU: How do you think this adventure has helped you grow as a family and also as individuals?

Karina: As a family, I think we just learnt so much about each other. I mean by that age [of kids], you’re starting to have actual people that have own ideas about things and their own personality and their own ways. So having that intensive time together means that you really get to know everyone as people.

Then again, we were surprised at the lack of idle time on the road. We had all these plans of things we were going to do along the way. We created a blog, but we never finished the blog. Neil had brought parts to make a wind turbine along the way. We were trying to teach the kids about resources and all the things that we had to do in order to live on the road. He was going to scavenge for the things that he didn’t have and put it together and make some energy, but all these things never came about. 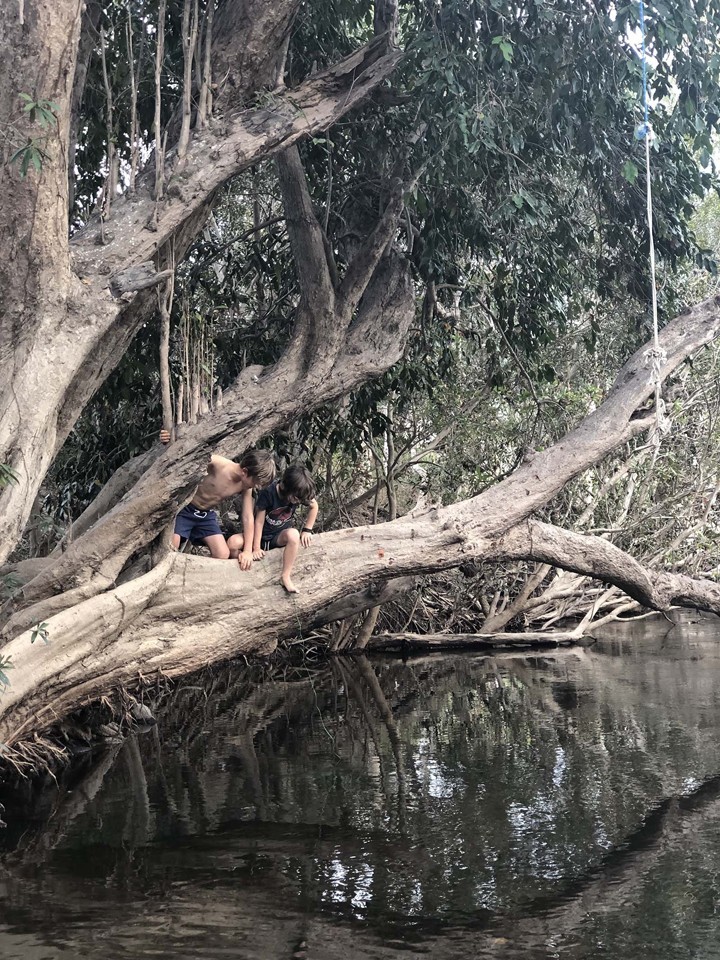 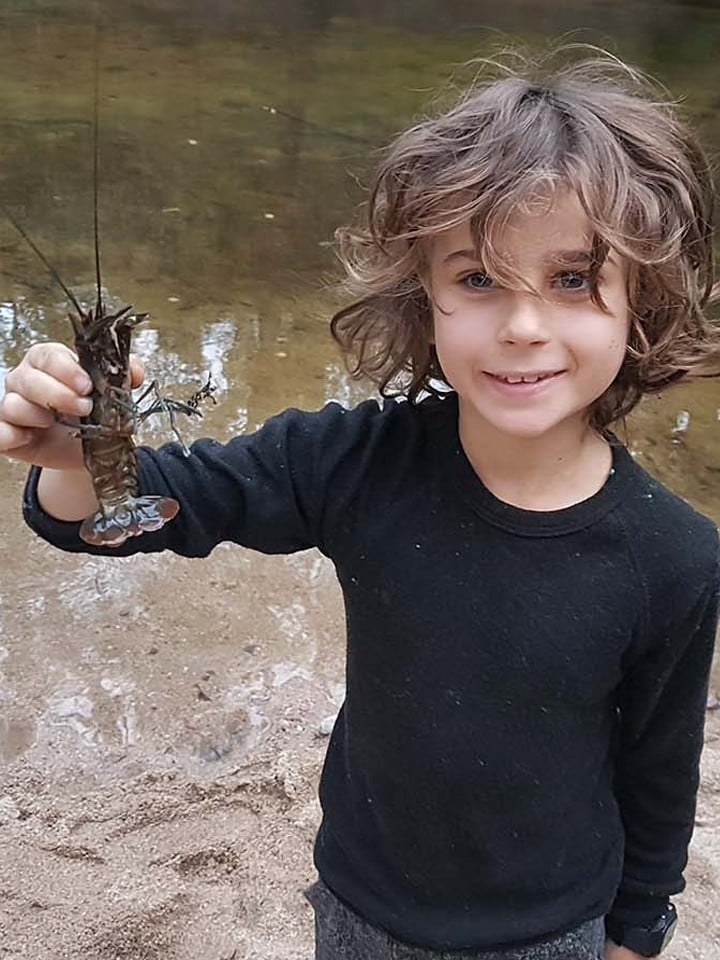 LU: You mostly travelled through outback Australia – was it difficult to connect to technology sometimes?

Karina: It was really bizarre… you’d be in a place and there’d be absolutely nothing and then the wind would change and text messages would come in, and you’d really quickly try to prioritise which ones to reply to.

Initially it’s a bit of a shock and maybe a bit traumatic, and then you kind of sink into it and then you’ll get into reception and often you do one of two things. You are either like a child in a candy store and you’re like, ‘give me my phone, I’ve got like 10 minutes that I need to do all these things’. Or, sometimes it’s just like, actually there’s nothing I really need to do. 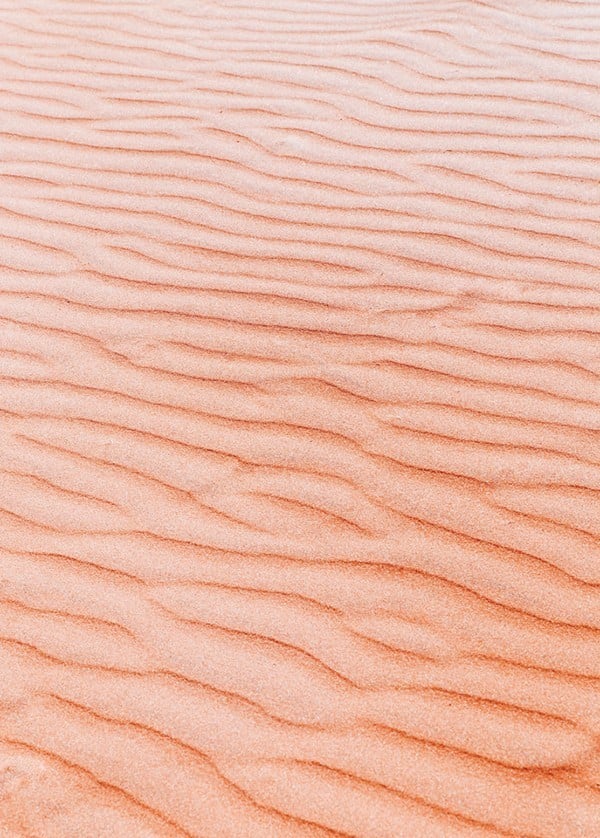 LU: Was it a relief in a way to not have that in your life so much for a period of time?

Karina: I think you’re just much more observant of what’s around, and not even necessarily observant in that, ‘oh, that looks great, I’m going to photograph it’ way. Even just, “’oh, wow, look. Look how beautiful that is’ or ‘look, that’s that same bird’.

You just get so used to having nature and wildlife around you all the time, and sink into the rhythm of the day or the rhythm of nature. Your whole sleeping and waking routine changes with the sun and it changes as you move around the country because the sun changes. You live by the sun and you live by your stomach. 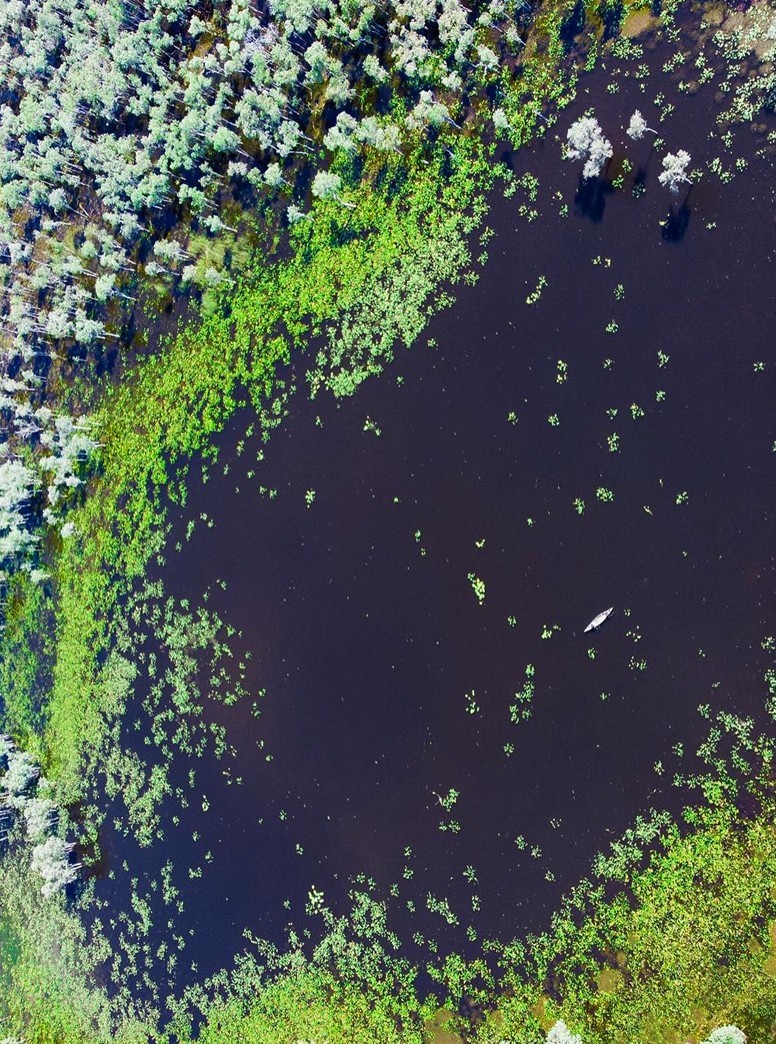 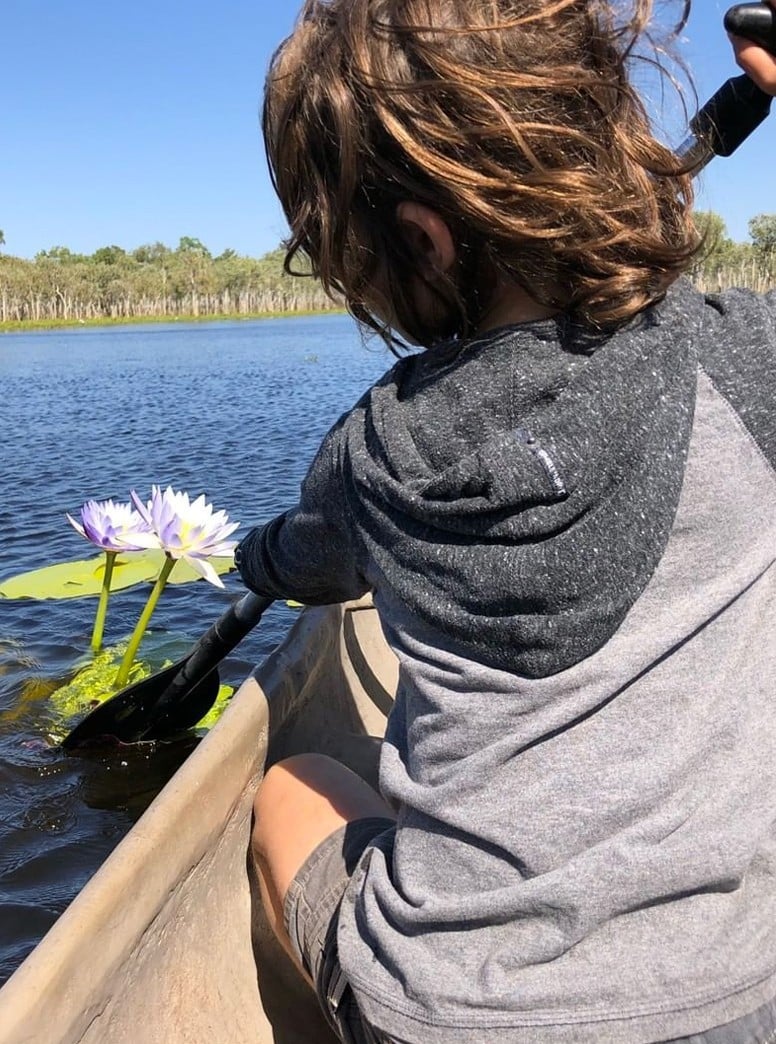 LU: What were some of your favourite things you saw or did along the way?

Karina: The best things were unexpected. Some of the experiences we expected to be our favourites, we’d built up a bit too much in our mind. Or we realised things are different with kids. They’re unpredictable.

The painted desert in South Australia was a real highlight. I didn’t even know it existed… and it’s spectacular. It’s just pastel colours spread through these hills that you can drive around and explore.

Probably one of the coolest things we saw was in Kakadu where you cross over to Arnhem land. It’s called Cahill Crossing. It’s a tidal river and it’s full of crocs, and the crocs know the tides. So when the tide changes and the water starts to flow it’s bringing fish in from sea. They will gather around this particular crossing because the fish sort of jump over the stones and there’s all these crocs literally lined up with their heads up all facing the same way. We counted 18 huge crocodiles just waiting, almost with their front claws out of the water because they’re feeling for the vibration of the fish…. then you’ll see one move their head and snap. 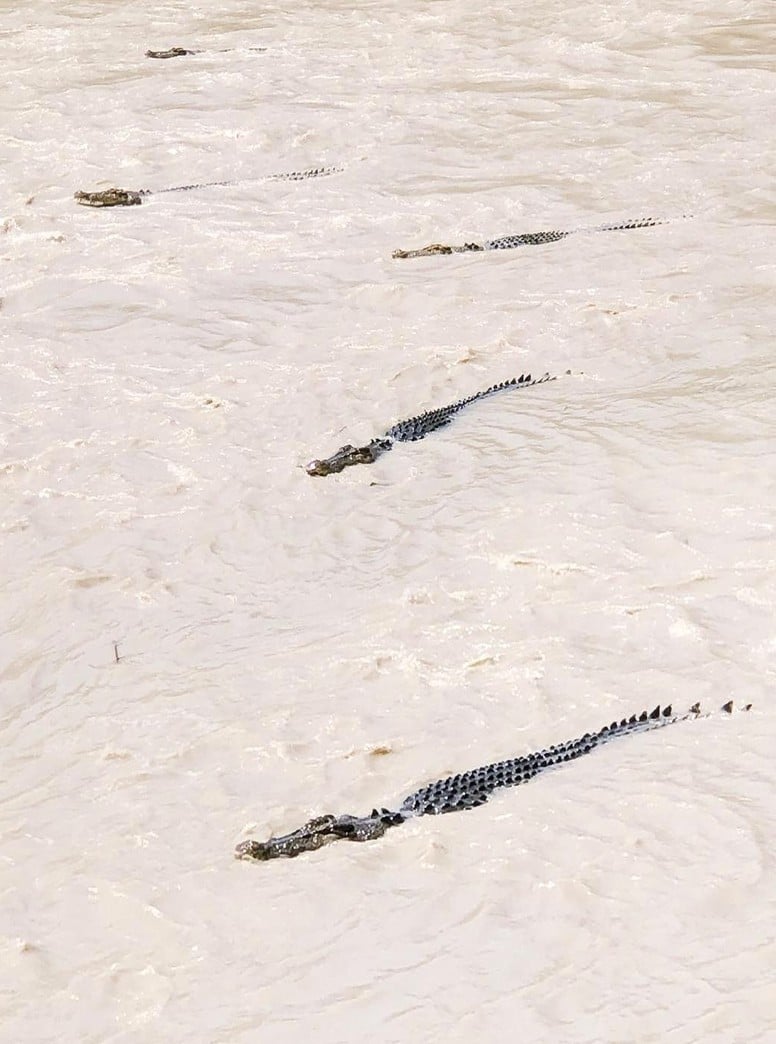 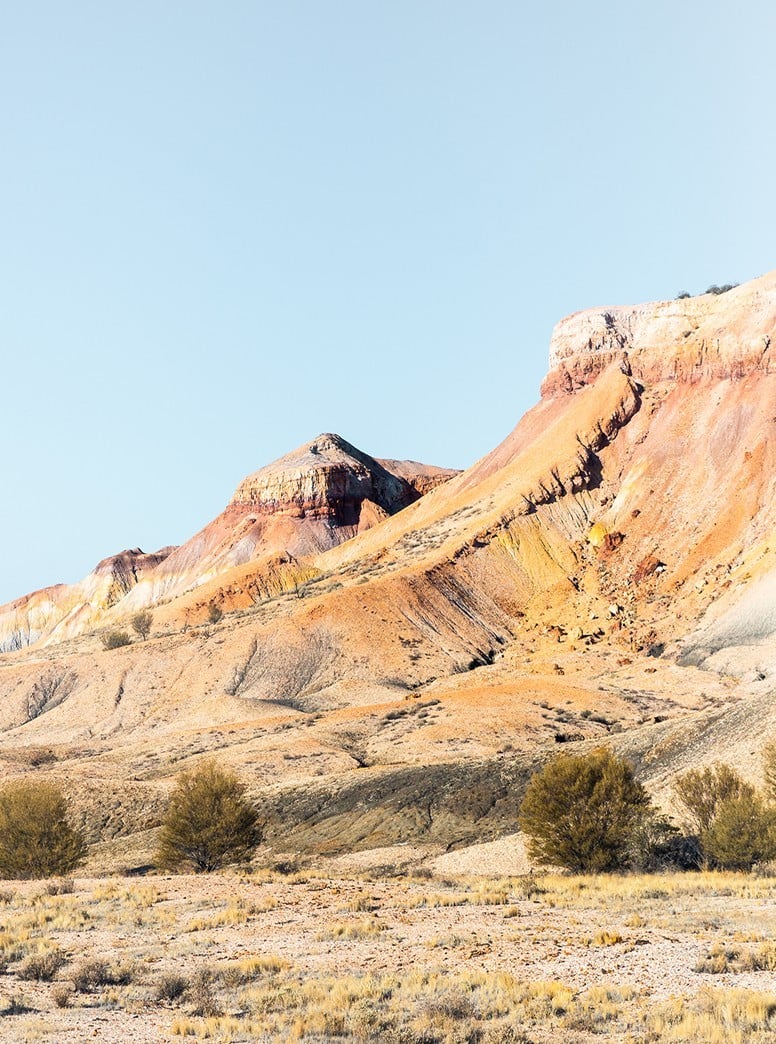 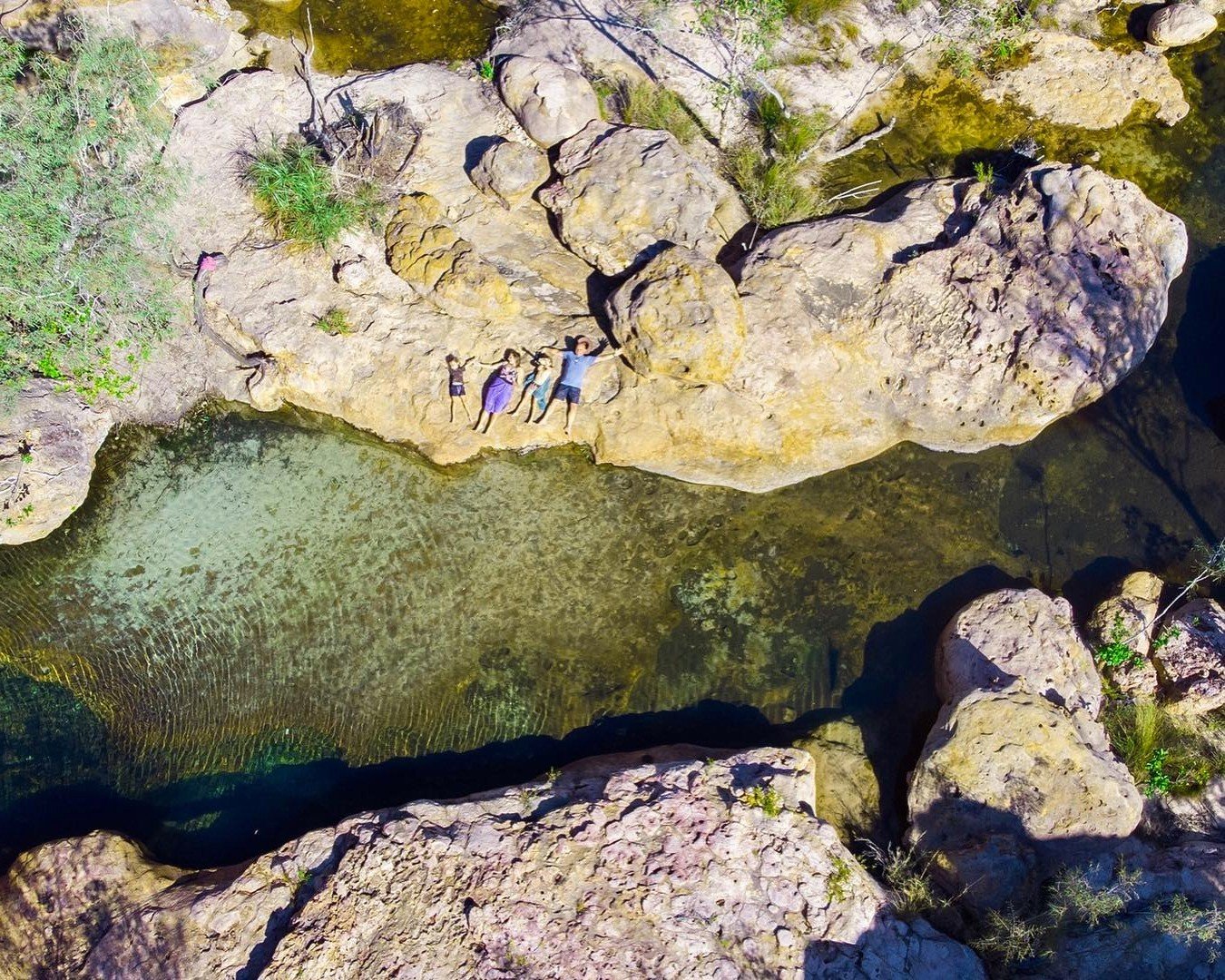 LU: How did this trip change your perspective on life?

Karina: I think when you step away from your life like that, after probably two months, you get to look back at the way you were living and see it objectively. Perhaps we were doing a lot of things that weren’t giving us the type of life or type of experience that we want in our life. I couldn’t have seen that if we had stayed at home. I could only see it from a distance.

It got us thinking, what changes can we make when we get back to bring about the type of life that we actually want, and that we want our kids to have. We’ve made changes since we came back to take on things that we were perhaps scared of, or avoiding.

I think we’re still seeing the benefits every day, of that experience, for all of us. 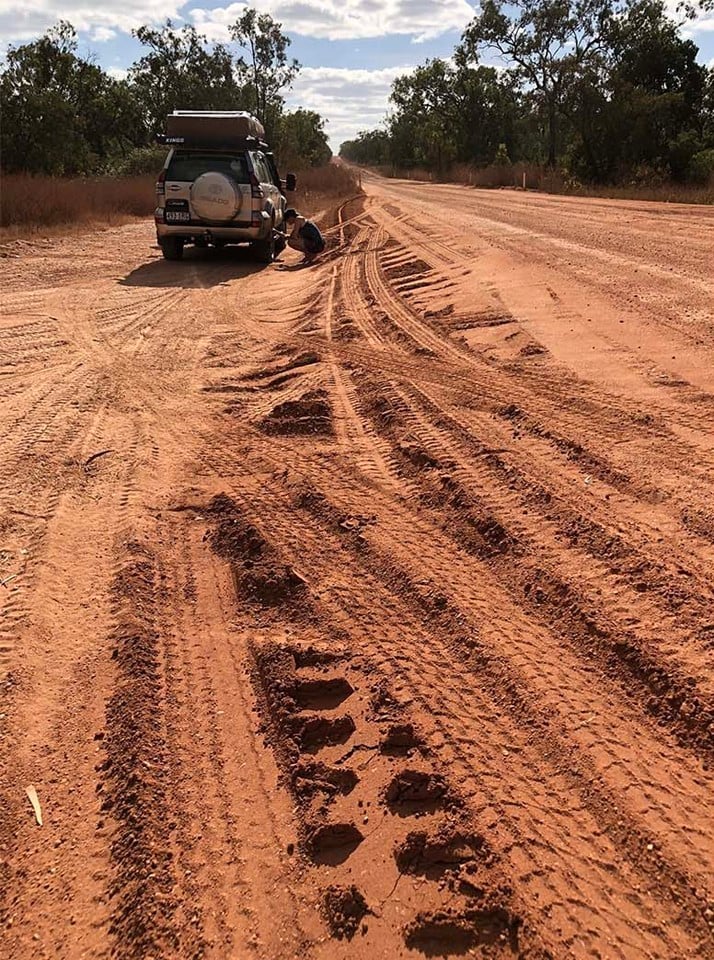 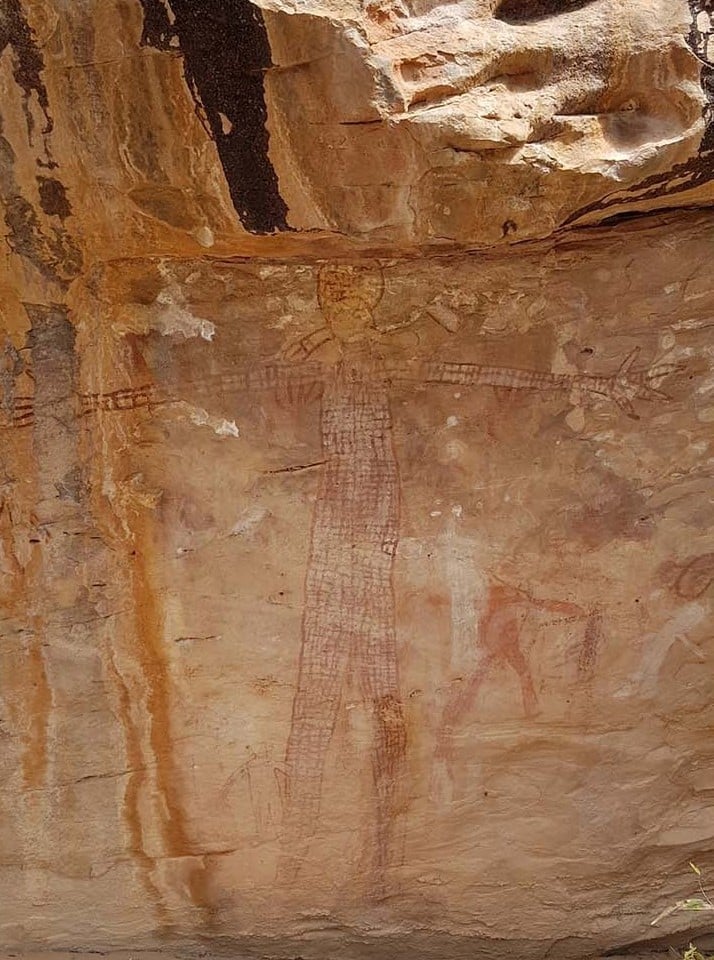 Keen for more? Read more about Karina and her family’s adventures at theshortandsharpe.com.au and listen to our podcast.

Life Unhurried co-founder, Katie Gannon, has long sung from a sustainable song sheet having created and run her own successful indie fashion label, Mother Maria, before transitioning to graphic and web design. She now puts her stamp on tourism content and sustainability campaigns for clients such as City of Sydney (when she's not walking her two dachshunds, Ruby and Rafa).